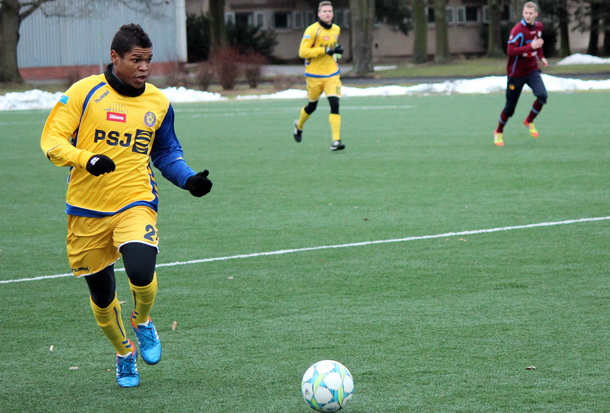 The Carolina Railhawks announced today that they have signed 27 year old Brazilian midfielder Gabriel Vittorio Da Silva for the remainder of the 2015 NASL season.

Developed by the Santos FC youth system, Gabriel had several stops lower down on the Brazilian league ladder during his senior career before signing with Czech club FC Vysočina Jihlava in 2008. Jihlava’s coach Karol Marko spoke Portugese and helped Gabriel acclimatize at the club. Gabriel made 100 league appearances for Jihlava in the Czech 2. Liga (second division) through 2012 but found himself unable to break into their squad after promotion to the Czech First League in 2012-2013. He left the squad in April 2013 and briefly featured for Slovak first division club Dunajská Streda that year. He spent parts of 2014 with Brazil’s Grêmio Barueri and Croatia’s NK Bistra; Both are lower division sides.

Da Silva appears available to play for the Railhawks on August 30th when they face the New York Cosmos.