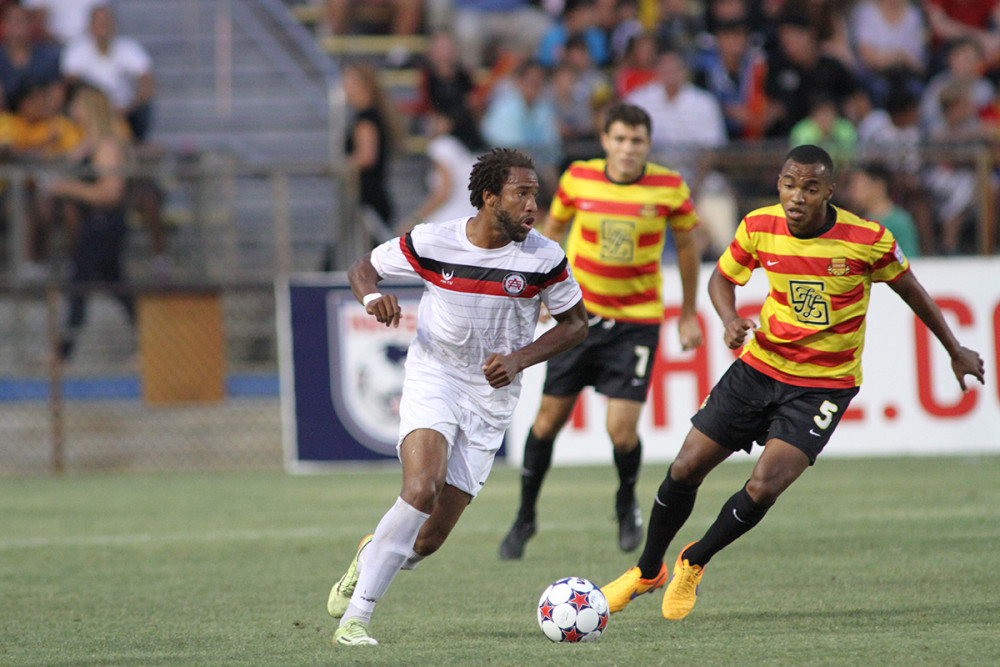 The Atlanta Silverbacks announced Thursday that midfielder Jon Okafor has returned from his loan spell spent with USL side, Arizona United SC. The initial announcement of the loan from Arizona United SC mentioned that Okafor would be loaned for a month with an option to extend the loan for a second month. This option was apparently not exercised.

Okafor featured in three games while on loan, making two starts and one substitute appearance between July 31st and August 9th. He was not in the squad for Arizona’s August 15th game against the Orange County Blues. Okafor returned to Atlanta on Tuesday and rejoined the Silverbacks’ training on Thursday. Okafor shared the following statements on the official Silverbacks website regarding his loan spell:

“The exciting thing is that I was able to get games at a good level. My fitness definitely kicked up and I got some confidence back.”

“It was good to get back to Arizona, see some old faces and get some games in, get up the fitness, and help the team out for the final push.”

In the NASL, Okafor played 903 minutes in 11 games for the Silverbacks prior to going on loan. He has one goal under his belt in 2015, scored against the Carolina Railhawks in during the Spring Season. Okafor is available for selection for this weekend’s game against Indy Eleven.