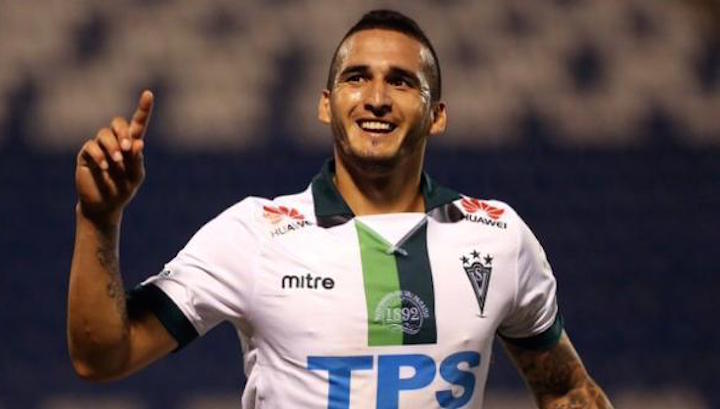 On Monday the New York Cosmos announced they have signed 29 year old Argentine forward Gaston Cellerino. He most recently played for Chile’s oldest club, Santiago Wanderers. Cellerino’s signing is contingent on receipt of a P-1 visa and International Transfer Clearance (ITC). The terms of the deal were not disclosed.

Cellerino came through the ranks of Argentine club Boca Juniors which remains one of the most successful clubs in South America. He left Boca to play for Peruvian side Unversidad San Marino and won the league title in his first year with the team. His journeyman career since has taken him on stints with Italian Serie B side Livorno, Spanish side Celta Vigo and Argentina’s Racing Club de Avellaneda. His longest continuous stint without a loan came between 2013-2015 at Santiago Wanderers. Video highlights show a center forward who is finds predatory positions within the box and is particularly threatening when on the receiving end of a good cross in front of goal.

A selection of Cellerino’s goals found on YouTube and dated to 2013: