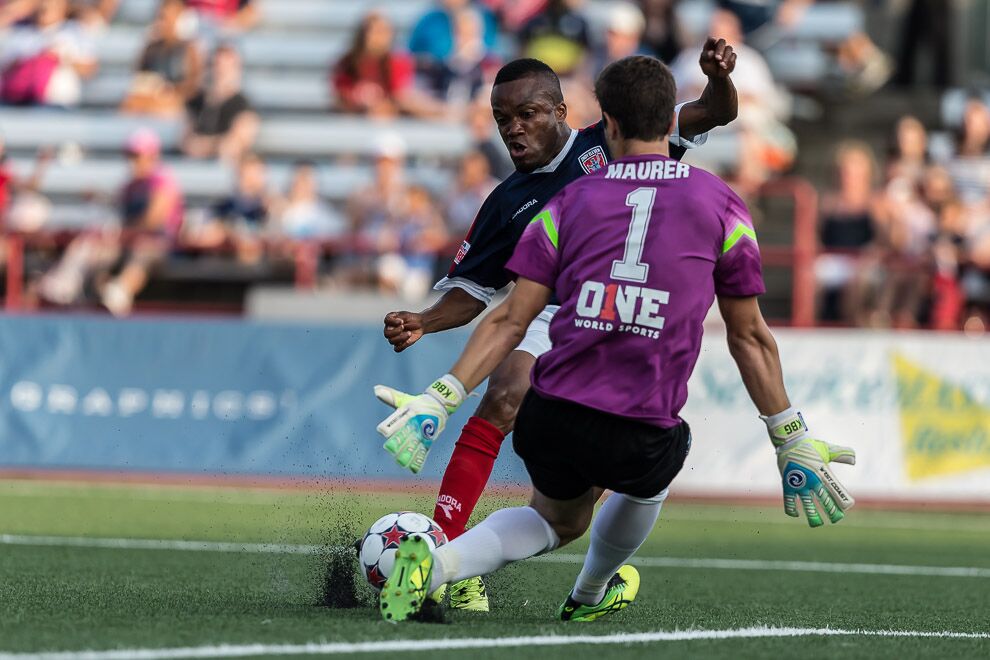 Both defenses found themselves tested extensively. After a mostly ineffective match the week before, Dane Richards literally stepped up this week as he was pushed from the midfield into an attack partnership with Brian Brown, one that proved to be both dangerously fast and efficient. While the duo would not find the net, the Cosmos back line found itself under constant threat throughout the evening.

In the Indy final third, with starting centerback Corey Miller out on a suspension, the defenders found themselves unable to effectively stifle the Cosmos attack as chance after chance was created by the visiting side. The defense would be further challenged by the dismissal of Erick Norales in the second half. However, in typical Cosmos fashion, they simply failed to convert most of them.

The goalkeepers rose to the occasion after disappointing outings last week. Kristian Nicht was tested but held up well while Indy’s dangerous opportunities were mostly turned aside by Jimmy Maurer.

The game marked the first NASL appearance of US youth national team player Haji Wright. His first match nearly saw him find a winner, but the goal was called back due to a foul on Marco Franco.

The match also had its chippy moments when Dragan Stojkov and Ayoze traded fouls and yellow cards within two minutes of each other in the first half, followed by a double red card in the second half. Norales (headbutt) and Sebastian Guenzatti (retaliatory slap) were both ejected. This was all followed by a red card Danny Szetela incurred after the match’s end.

You Won’t See On The Highlights: