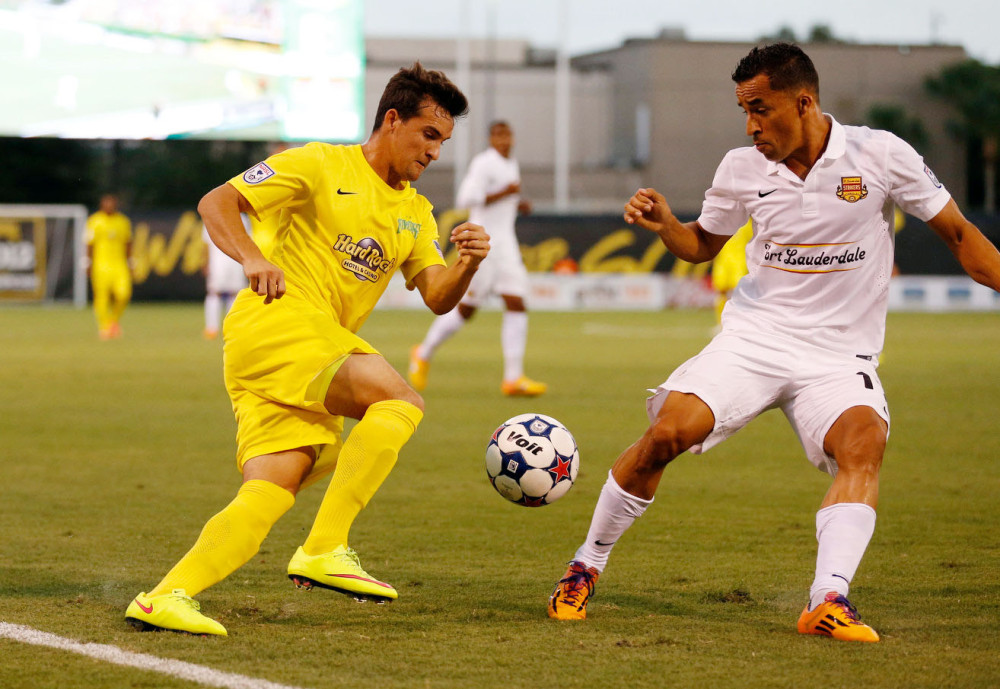 – Günter Kronsteiner is back, and whipping this patchwork team back in shape but the effect has yet to show.

Both teams have added new players, but all eyes will be on the Rowdies when their newest acquisition steps on the pitch.

– A revamped lineup from the Rowdies.  The midfield may get the most tinkering.

– A change in formation. The Rowdies have been playing a pressing 4-3-3 but the league has figured out to bunker down and counter against that setup, so a modified 4-4-2 might slip in, pulling the wingers back.

– Depending on the pace and score of the game, expect a loud roar of applause around the 70th minute as Freddy Adu may step on the pitch.

– Kronsteiner is not a fool, and despite the limited resources available to his team, he will have studied film and watched how to best attack Tampa Bay.

– Matt Pickens. Despite giving up 4 goals in two games, he’s been a solid starter in front of the net.

– The Weather. With an 80% chance of rain, this game promises to be another sloppy, wet and unpleasant affair for anyone who is not masochistic.  See below.

– The Stands. Both Ralph’s Mob and Flight 19 take this game very seriously, so expect lots of chanting and singing throughout the entire 90 minutes, regardless of the weather.

– Georgi Hristov will probably start at the #10 spot as the Rowdies hope to come out attacking and score early to set the pace.

– Marlon Freitas is coming off a great game against the Silverbacks last week, but the 20 year old may not match up well against the defensive spine of Tampa Bay.

– Brian Shriver.  With the addition of Freddy Adu, the midfield just got a little crowded, and with two lackluster performances in as many weeks, he may find himself on the bench.

– Former Tampa Bay favorite Evans Frimpong.  Since being signed by the Strikers, he has struggled to break into the lineup, amassing only 249 minutes all year.  By contrast, former Rowdies captain Frankie Sanfillipo has logged 1170 minutes starting and finishing every game.

– The Strikers on broadcast television.  Despite having just signed a fantastic television deal for both home and away games, none of the FTL matches will be broadcast until their August 2nd game versus the Cosmos.  Striker Likers will have to tune into the ESPN3 feed with Tampa Bay announcers.

– Gabriel Dos Santos. The 34 year old Brazilian striker just signed this week and most likely will not play, as his International Travel Clearance is still in the works.

– A pretty game. Tampa Bay’s ball movement has been possession based and attacking, but at the same time very sloppy. Conditions do not promise to be ideal on the pitch, so a lot of splashing around in the mud and some dead balls dropping. Passes will have to be precise and with a little more strength than usual, however both teams have grown accustomed to playing in the rain.