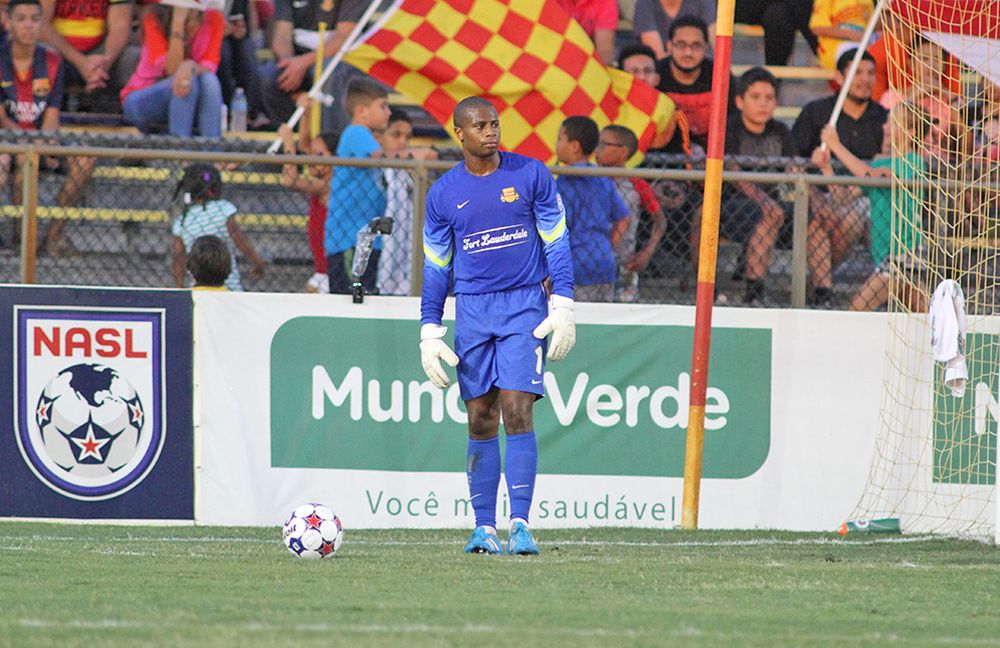 Goalkeeper Josh Ford is back on loan at the Fort Lauderdale Strikers until the end of 2015. The Liverpool, NY native is signed to MLS’ Orlando City but was loaned to the Strikers after injuries to two of their keepers.

Strikers first choice David Meves suffered a couple knocks in the spring, the 2nd of which was a broken jaw suffered in the May 27th US Open Cup defeat to the Charleston Battery. Second choice Joe Nasco broke his foot on April 25, twelve minutes into a game with the Ottawa Fury. He was starting after Meves suffered a shin ailment in the previous game.

Ford initially came on loan to Fort Lauderdale May 29th and served as a backup to fourth year Striker Lionel Brown. Starting duties were handed to Ford for the final two games of the fall and he made several key saves in the Strikers’ 2-3 defeat of Minnesota United FC.

Ford will be available for for tonight’s North American Soccer League Fall Season opener at the Carolina Railhawks.