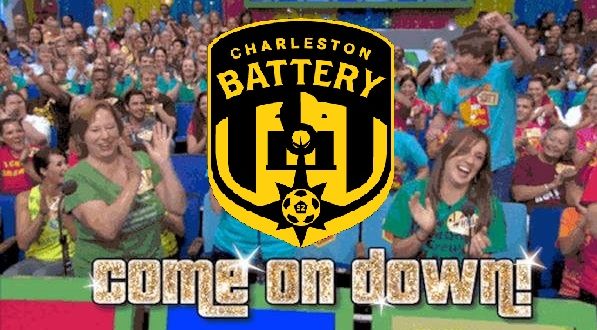 Charleston Battery, one of the most well-known clubs in the USL, will host Ottawa Fury this weekend. The South Carolina club is fully independent and have been USL Champions four times as well as US Open runners-up once.  Former Ottawa Fury players Colin Falvey and Nicki Paterson were members of the 2012 USL title winning roster.  Charleston’s Mark Anhaeuser has been head coach since 2004 and has been with the organization since 1994 – now that’s loyalty! Ottawa Fury will need to be at their best if they are to find a win in South Carolina on Saturday as Charleston Battery at currently sitting top of the Eastern Conference.  Coming out of the gates with a 4-1-0 record so far, Charleston look like the team to beat this year, brushing aside Tampa Bay Rowdies in their last match 3-2.  Battery have scored thirteen goals so far in their five matches, meaning Ottawa Fury will have to work extremely hard for their third straight shutout.

If Fury are to keep this a low scoring affair, they are going to have to shut down Romario Williams. The Atlanta Untied player, currently loaned to Charleston, has scored four times so far this year and looks to have found his form at 22 years old.  The Jamaican International was previously signed by Montreal Impact, and loaned to Battery in 2016, scoring 10 goals in 27 matches.  As a team, Charleston have a conversion rate of 24%, meaning Fury cannot give Battery the time and space to shoot, as they will eventually score. Charleston has fantastic supporters, including the supporters group The Regiment. The club averaged 3,500 supporters in 2016 and have a strong rivalry with fellow USL side Richmond Kickers.  Supporter’s culture is alive and well in South Carolina and the supporters are not afraid to put 20 years of experience into being the best twelfth man they can be and can be the difference maker in a tight match.

It will be Fury’s fourth road match in five so far this season and the club will be hoping to have more clinical finishing in Carolina than they did last week in Ottawa.  Fury have earned four points in their last two matches, and this weekend’s will be a big test for Ottawa to see if they can keep collecting points and climbing up the standings.