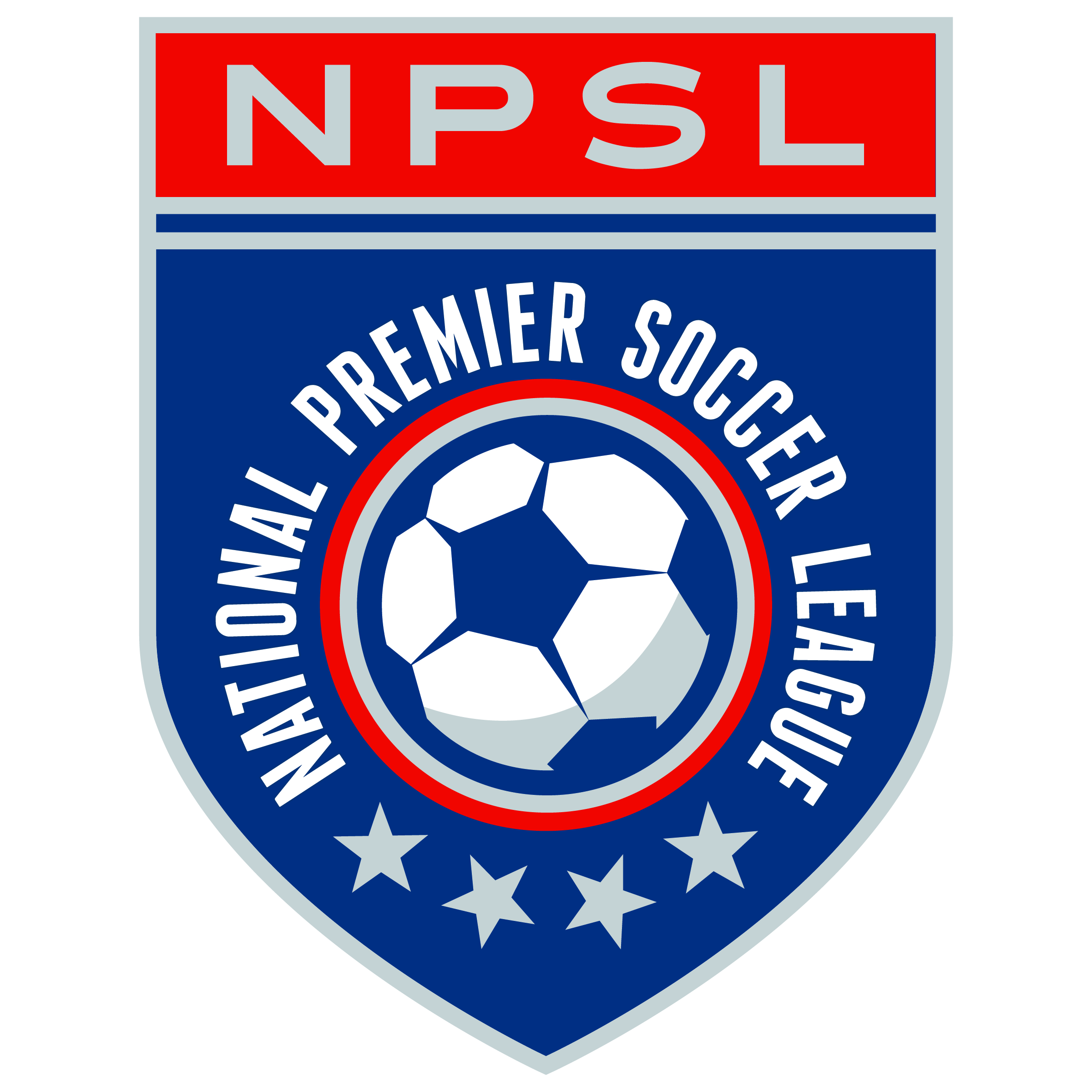 The NPSL is becoming a highly successful league, now entering its 12th season since taking over from the MPSL in 2005. Due to clubs like Detroit City FC and their phenomenal supporters, the Northern Guard, taking on the Grassroots vs. Corporate soccer fight for the whole country, the NPSL is starting to gain national soccer attention. However, one of the most successful NPSL teams, if not the most successful team, isn’t in a community that has to worry about being undercut by a professional league anytime soon. The Sonoma County Sol were founded in 2004 in the Western-only league, known as the MPSL. The MPSL became the NPSL in 2005 and featured the Sol as one of its original 13 teams playing in the Western Division of what was then a 2-division league. They currently play their home games in Santa Rosa, CA at Santa Rosa High School. Santa Rosa is where the Sonoma County offices are, and it is the largest city in the County in a great central location for the 500,000 person county. The Sol previously played their home games at Rancho Cotate High School, adjacent to Sonoma State University. Besides being a founding member of the NPSL and the only team remaining of the original 13 from the inaugural season, the Sol are one of the most successful clubs on the field. They lost in the inaugural NPSL championship game in 2005 to Detroit Arsenal, and won the NPSL championship in 2009, beating the Erie Admirals (now the Erie Commodores). The Sol also reached the national final in 2013, falling to RVA FC (now Fredericksburg FC). Making it to 3 finals in 12 years is a rather good record. It is notable that 2 of the teams they played in the finals have changed their name, and Detroit Arsenal no longer exists.

The ever present Sonoma County Sol has also won 5 regular season division tittles, 5 Western Region playoff tittles, and has made the playoffs in 8 of their 12 NPSL seasons, or 2 out of every 3 years. They have also qualified for the US Open Cup on 5 occasions and have gathered 3 wins in their history in the Cup by beating PDL Ogden Outlaws in 2006, PDL OC Blue Stars in 2009, and PDL Burlingame Dragons last year. However, they are 0-4 when it comes to facing pro teams in the Cup, having lost to the Charleston Battery, twice to the Portland Timbers, and to Sacramento Republic just last year.

Since the Sol help found the NPSL, they have witnessed much change in the US Soccer landscape and in the NPSL itself. The league has grown from 13 teams (10 when it was the MPSL) to 85 teams for this current season. This doesn’t mean it was all steady growth. Through the years since the Sol was founded, nearly 90 clubs have come and gone from the NPSL. These changes are mostly due to teams folding, but some teams have transferred to another league like the PDL, or gone on hiatus for a year or two. This is why the Sol are such a staple of the NPSL.

Some highly successful teams have joined the NPSL since the Sol was founded, and have become the more recognized teams in the league. As well, some other future staples of the league have since joined, but will never be able to match the Sol’s history in the NPSL. The most talked about NPSL team in recent times is Detroit City FC. DCFC wasn’t founded until 2012, some 8 years after the Sol, and it isn’t the first Detroit-based NPSL team either. Chattanooga is another popular team in the league with one of the largest attendances. They are the “Buffalo Bills” of the NPSL having been to the finals 4 times, but never having won it. Chattanooga was founded in 2009, 5 years after the Sol. There is also supporter-owned Nashville FC, which joined the League in 2014 in a future pro soccer city, which Sonoma County is not.

The Sol’s two biggest rivals are in cities that have their own pro teams as well as NPSL teams. Real San Jose is one of the longest tenured members of the NPSL aside from Sonoma County, currently in their 10th season. That’s not bad, but still doesn’t touch Sonoma’s history. Real San Jose is the second San Jose NPSL team (after the now defunct SJ Frogs) that tried to fill the soccer void left in that city when the old San Jose Earthquakes of MLS moved to Houston. While Real San Jose is starting to become a staple of the league in terms of existence, their record and playoff appearances don’t come close to matching that of the Sol. Real San Jose has made the NPSL playoffs only once, and they have never qualified for the US Open Cup. There is also Sacramento Gold FC, which was founded in 2010, about half as old as Sonoma. While not a staple in terms of existence, the 6-year-old club has only missed the playoffs once, and won the NPSL Championship in their inaugural season, definitely making them the Sol’s biggest rival.

US Club Soccer History Since 2004

Since the Sol was founded, a lot has happened and changed in US Soccer. Many new club soccer teams in much bigger cities have started to emerge. For example, great pro atmospheres exist in cities like Sacramento, Louisville, and Indianapolis. As well, Orlando City SC was founded, won two USL championships, and is now in its second MLS season, all in the same time that Sonoma has been around. During this time period, the SJ Earthquakes were here, left for 2 years, and came back. Even Chivas USA (remember them?) were founded a year after the Sol, and now no longer exist. Finally, even plastic teams like NYCFC have been created out of thin air, while the Sol have continued moving along in the NPSL. Currently the Sol is 4 games into their 13th season and are in 3rd place. They have 4 points, a whopping 11 points back of league leaders Sacramento Gold FC and 7 points back of second place CD Aguiluchos USA of Oakland. They do however have 2 games in hand on both opponents. They are level on points with Real San Jose, but have the same 2 games in hand on them as well. The East Bay FC Stompers are in last place of the Golden Gate conference as it stands currently, 1 point back of Sonoma County and level on games having played only 4 as well. The Sol are favorites for the 3rd and final playoff spots, as 3 Golden Gate Conference teams qualify for the playoff. They will be battling East Bay FC for that final playoff spot, as Sacramento and Aguiluchos look safe at the top.

The Club has 3 key mission statements. First is: “To increase interest in soccer in the North Bay region.” They have clearly done this because since they were founded, an American Outlaw chapter in Santa Rosa was created, and there were huge crowds against Sac Republic recently. Second is: “To compete and win in premiere minor league championships.” They have been to 3 finals and won one title, so they are meeting this mission statement. Third is: “To provide community benefit through athletic and community leadership.” The Sol have grown attendance significantly over the years and have created numerous pro players for MLS and other leagues, thus they are definitely providing a community benefit to Sonoma County. Moreover, they provide an affordable family Saturday night out.

The future for the Sol in the NPSL seems to be a bright one. They will most likely continue their long tradition of success by qualifying for the playoffs yet again in 2016. Sonoma’s stability has a lot to do with the fact that they are the perfect size community for NPSL. They are big enough to continue to support 4th tier soccer, but aren’t so big that a pro league will be looking at the region to undercut them anytime soon. The problem is that when you are a small town successful club like Sonoma, the US soccer pyramid is holding your club back. When your club has existed for longer than half of the MLS clubs and you have continuously won your division, there should be a chance to be promoted a division. The Sol are no different than English Premiere League Club Bournemouth, which is one of the smallest clubs ever to make it to the big time. Sonoma could do the same if promotion/relegation were part of US soccer. For the foreseeable future however, Sonoma County Sol will continue to be the staple of the NPSL.