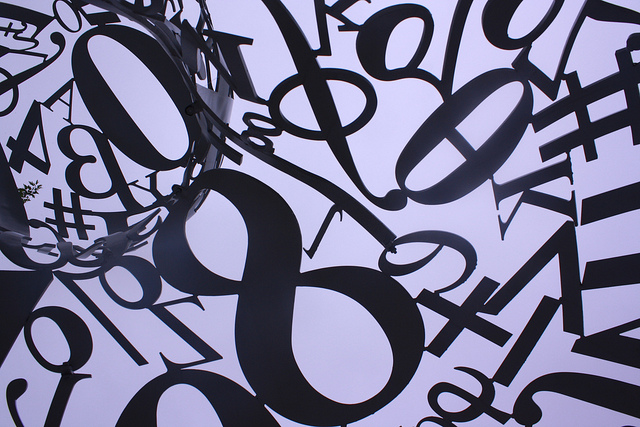 It was only a couple of months ago I traveled to San Antonio on business. I visited a great brewpub locally and, rather than taking in my surroundings or interacting with other human beings present, I wound up embroiled in an hours-long twitter debate about statistics, their usefulness in describing or predicting soccer events, and the infrastructure of statistics in NASL. It was among the nerdier conversations I’ve had about soccer, and one of the more memorable. Though we disagreed on statistics’ value in the game, I left the night feeling it was a moot point: currently, NASL tracks only the most essential, high level statistics. Those who thirst for more currently go unslaked. I reached out to the league to understand more about how stats are tracked, how they are used, and why the league’s site is not peppered with passing charts and touches trending.

What Statistics Are Currently Tracked In NASL?

I will save you a trip to the website and describe what’s out there currently. If you look at the team stats, you will see the following:

Interestingly, if you would like to know Goals Against or Goal Differential, you can find them but only by visiting the full table, which is the only place these numbers are described.

At the individual statistics level, one can find the following:

So what is missing here? At a high level, there are really two categories of things missing.

First, the NASL website currently doesn’t use (or share via its website, anyway) all the statistics it has. For example, we see above that fouls are tracked to the team, but not tracked to the player. Obviously someone is making those fouls, and it would be great to track and understand who. The same goes for shots. We know how many shots a team takes, but what about an individual player? It would be fascinating to understand, say, that Omar Cummings finds the net more than anyone but only because he takes five times as many shots as any other striker and may actually be an inefficient shooter. Currently, we just don’t know.

There are also statistics tracked to the game, but not aggregated in total. If you head to a Match Center for a particular match, you will find much deeper and more subjective stats. These include attacks, corners, free kicks, shots on and off target, and more. Aggregating some of these statistics to season-long totals could provide useful insight. Maybe half of Christian Ramirez’s goals have come from penalties, or maybe almost all of Atlanta’s shots are on-target despite having taken so few. The information is out there, it just isn’t aggregated.

Second, there are a host of statistics that would be fascinating to build and explore. These are currently not captured in any capacity by the league and would need to be pursued from scratch. Some might include:

Really this list could go on all afternoon. With these and other additional metrics, not only is the value of the statistics of themselves added, but crossing these stats across each other provides even deeper insight. For example, looking into the frequency with which an attacking pass leads to a shot on goal vs. a shot off target vs. any other outcome may give a nuanced glimpse into the quality of attacking passes, beyond simply whether the pass was completed or not. The combinations are endless.

Why Don’t We Have These Statistics Already In NASL?

This article may have come off as just a scathing indictment of NASL’s statistics infrastructure, but that isn’t really what I am going for. To understand the tough decisions around statistics the league must make, it is key to understand how these stats are collected.

Currently, every game is scored live by two statisticians as it happens. When you log into Match Center to follow live updates, those are entered directly into the system by the two people on site during the match. If, during a match, there is a dispute or a need for clarification of a play, a centralized team in New York is available for guidance or ruling. Following the league’s centralized model, each team is responsible for sourcing their own statisticians locally for this purpose, and once identified they are put through some training by the league to ensure that scoring is performed consistently and expectations are set evenly.

One of the challenges of adding more and deeper statistics tracking is that it would begin to require additional staff and the ability to review games after the fact on replay (particularly for more subjective stats). Most of the big leagues, from EPL to MLS, utilize outside vendors such as Opta or Instat to perform this work. In those cases, a centralized group would perform all of the work above remotely rather than relying on live scoring. Currently there are several teams which contract this work for use by their team alone, but the league itself has no such agreement.

So why doesn’t NASL sign a contract with such a vendor? There are several reasons. One major reason is the technology infrastructure of NASL games. Though the league continues to improve in about every imaginable dimension, the quality and reliability of its video streams remains imperfect (we are only one year removed from NASL Live, I will remind you). This fallibility is critical because essentially the entire statistical body loses relevance if one small portion is incorrect or unaccounted for. Remember that statistics are not just used for interested fans and sports columnists: some players have performance-based incentives in their contracts. If a video feed went down and a portion of a game was irretrievable, and the only statisticians were stationed remotely, that could impact a player’s compensation, theoretically. It is a gamble which, at this stage, NASL has not been willing to take. The league could possibly use both methods simultaneously, but the additional cost of this model compared to what is really gained in doing so (mostly just a deepening of information for astute fans) has thus far been unjustifiable.

What Can NASL Do To Improve Its Statistics Infrastructure?

The league does not publicly open up about its finances, so any discussion on the topic is purely speculative. I personally believe that the fact that the league has not invested in a deeper statistics coverage, nor that it has not paid for or subsidized an improvement in game feed quality and reliability (not that either is detestable, though) suggests that the league is, at the very least, cost-conscious. NASL and Bill Peterson stand firmly in their belief that they offer a first class product; I believe that more robust statistics would be necessary hallmark of that stature.

But if my speculation that the league has been cost-conscious about investing in something that provides mostly an ancillary value to a small body of fans is correct, then I also am not going to hold the league’s feet to the fire. I get it. That said, here are some improvements I would like to see from the league regarding statistics:

NASL grows by teams, fans, coverage, and stature all the time. The league and its fans stand to benefit from growing the quality of its product in less benchmarkable terms. Statistics is mostly a quality-of-life improvement, though the performance-based incentives and more detailed scouting would result from statistical enhancement, as well. All of this is good, if not essential to the survival of the product. Luckily, fans can begin to breathe a little bit easier. The survival of the product is more assured than ever. Now is the time to make it the very best it can be.