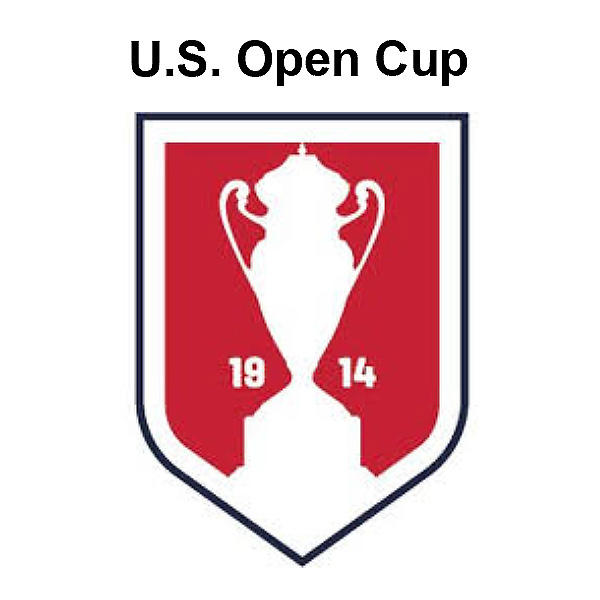 The United States of America is a sprawling country.  In terms of landmass, it is only slightly smaller than the entire continent of Europe.  So when our top three professional soccer leagues feature 17 teams, 10 teams and 26 US-based teams respectively, it does not even scratch the surface of soccer communities in this country.

Beyond that, the dysfunctional structure of our “pyramid” means that only those 17 teams, and whichever US cities are awarded MLS franchises for $100M+ in the future, will have a shot at winning our top division as it stands.  The US Open Cup serves as the primary avenue for teams across the nation to play competitively against others from different levels.  If you are a US based soccer fan and are not following it closely, you are missing out.  The matches are often available for free on YouTube, and the ticket prices tend to be substantially reduced.

The regional format of the tournament creates drama at many levels.   There are qualifying rounds at a regional level among amateur teams for berths in the main tournament.  The first round pits those gifted amateurs against the top teams from the unofficial fourth tier leagues of American club soccer, the National Premier Soccer League and the Premier Development League, whose teams are also amateur or semi-pro.  If you are a soccer fan in Detroit or Baltimore, this is where your highest level local team can enter. United Soccer League clubs join the party in Round 2, and invariably some of them get upset by the amateur and semi-pro teams.  This year was no exception.  The Lansdowne Bhoys shocked the Pittsburgh Riverhounds. The Tulsa Roughnecks were toppled by the Des Moines Menace.   The Villages SC upset Charleston, only to have the result overturned for fielding an ineligible player.  Detroit City FC battled USL Eastern Conference leading Louisville City FC all the way to penalties.

North American Soccer League clubs enter in Round 3, where they were upset en masse last year by clubs from the USL.  The NASL seeks vengeance on June 1st, when the Fort Lauderdale Strikers take on the Richmond Kickers, the Jacksonville Armada battle the Charleston Battery, Indy Eleven faces Louisville City, the Carolina Railhawks fight cross state rival Charlotte Independence, the Tampa Bay Rowdies take on FC Cincinnati, Miami FC matches up with the Wilmington Hammerheads and Saint Louis FC and Minnesota United have a rematch of last year’s upset.  But the most exciting of all of these contests is the Oklahoma City derby, where the USL Energy and NASL Rayo OKC will take a fight that has existed in the boardrooms and the marketplace to the field for the first time.  Round 3 is where league pride is at stake, and Cosmos fans root for the Rowdies and Strikers, and vice versa.

MLS teams enter in Round 4, to face the survivors of the NASL vs USL round as well as whatever remaining lower level teams may still be hanging in there.  Once again, league pride is at stake, but this time both the USL and NASL are underdogs.  Last year this round gave us the New York Cosmos’ thrilling upset of New York City FC, in the first edition of the East River derby.  Should the Cosmos advance past the PDL’s Jersey Express in Round 3, they will meet NYCFC for a rematch in Round 4 on June 15th. By the time we reach Round 5, very few USL and NASL teams are left standing.  Many fans of lower level US club soccer unite behind whoever remains from USL and NASL.  In 2015, only the New York Cosmos (NASL) and the Charlotte Independence (USL) made it this far.  Charlotte got an early goal in Chicago but could not put out the Fire, losing 3-1.  The Cosmos ran into a New York Red Bulls team out for revenge from the prior year’s Fourth Round, where the Cosmos ousted the Red Bulls.  NYRB crushed the Cosmos 4-1, in a match that featured the teams that would go on to accumulate the most points in their respective leagues full seasons.

From there we go to the Semi-Finals, where it is often an all MLS affair.   While the tournament is still interesting, it loses something when it is down to the MLS teams.  Round 3, Round 4 and Round 5 usually lands somewhere from the last week of May to the first week of July.  This year it appears that all three rounds will be contained in June.  It is the one time of year fans in major league towns like Cincinnati, Sacramento, Tampa Bay, Charlotte, Indianapolis and Jacksonville get a shot at seeing their soccer club face off against teams at the highest level in the country in a competitive match.

The US Open Cup is US Soccer’s most undervalued asset.  It is our answer to the FA Cup, which one of the biggest tournaments in England attracting huge sponsorship dollars.  Like the FA Cup, it spans the league season and offers opportunities for small clubs to challenge big ones in a single elimination tournament.  As with the under marketed CONCACAF Champions League, the fact that this tournament is not a bigger deal is a missed opportunity for the sport in the country and from sponsors who could profit from raising its visibility.

Until US Soccer gets its act together on marketing the US Open Cup better, we get to be like bargain hunters who have found an incredibly good deal. It is a heightened drama soccer experience that you can watch for free on your computer or streaming device, or watch for cheap in person.  It is the best value in American soccer.

Round 3, courtesy of Wikipedia: