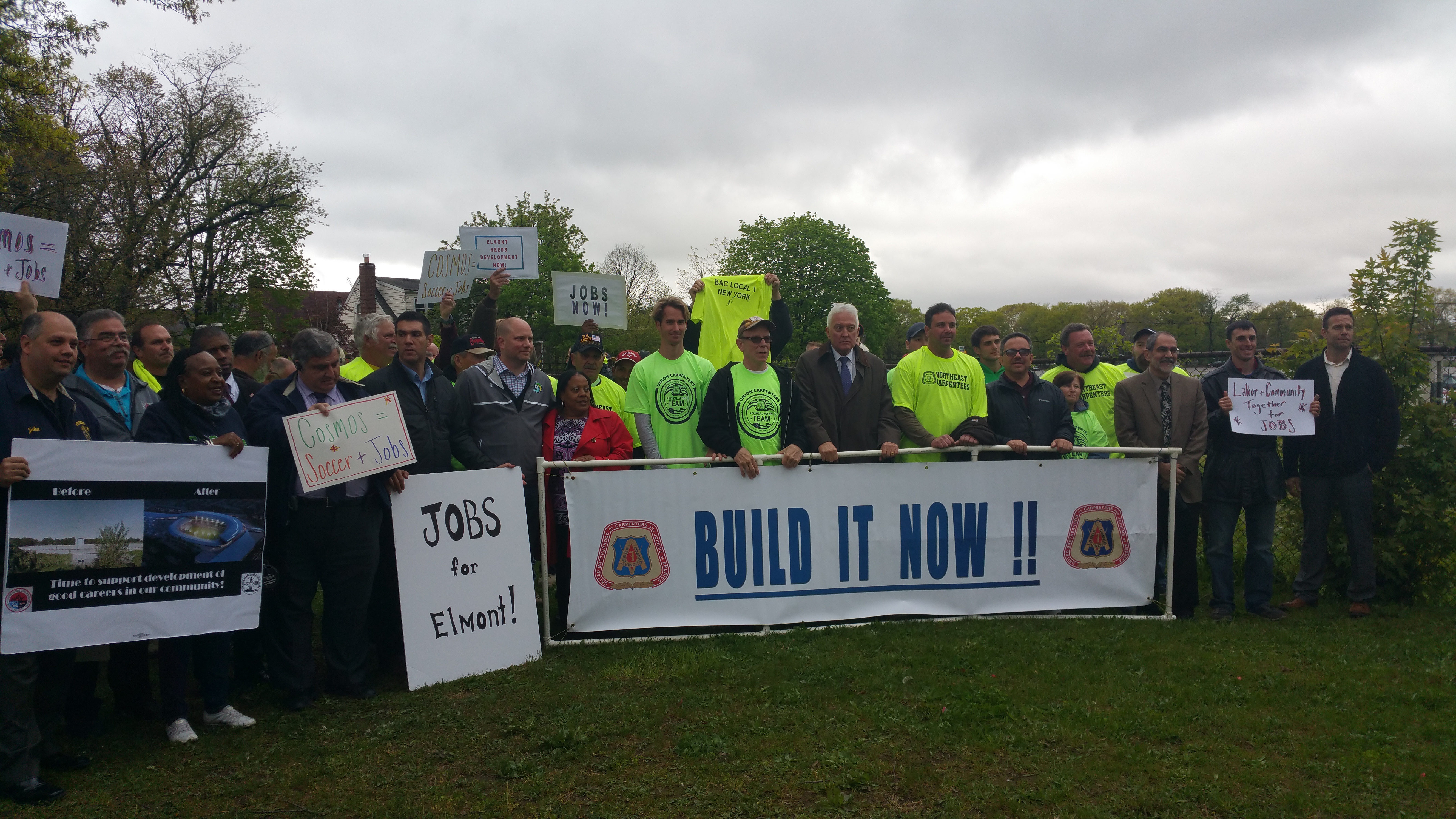 The cry rang out early and often across the course of the Cosmos stadium rally as labor workers, local citizens, and fans of the club net at the proposed stadium site in Elmont. Between 150 and 200 people were in attendance as all parties demanded action from Albany in contrast to the opposition protest about a week before that numbered about a dozen in attendance. Local citizens and civic groups were also present and very vocal on what they thought of the situation. “Look at that parking lot. It’s empty. Look at what we could have!” exclaimed Pat Nicolosi, president of the Elmont East End Civic Association. “This is what we could have, this is what the community can have, ok? This is what we can have for family, fun, and entertainment, jobs, and revenue. And why are we waiting? Do you know why we’re waiting? I have no idea. We need to get the governor to act yesterday! We want this stadium built yesterday! I’m sick and tired of waiting in this community!”

Erik Stover was also in attendance and offered a few words at the event.

“We’ve been waiting a long time for this and your resolve through this process has been outstanding,” said the Cosmos COO.

Speaking with a portion of the attendees at the rally, TICC found many reasons for support of the stadium, some of which included the Cosmos, others which did not.