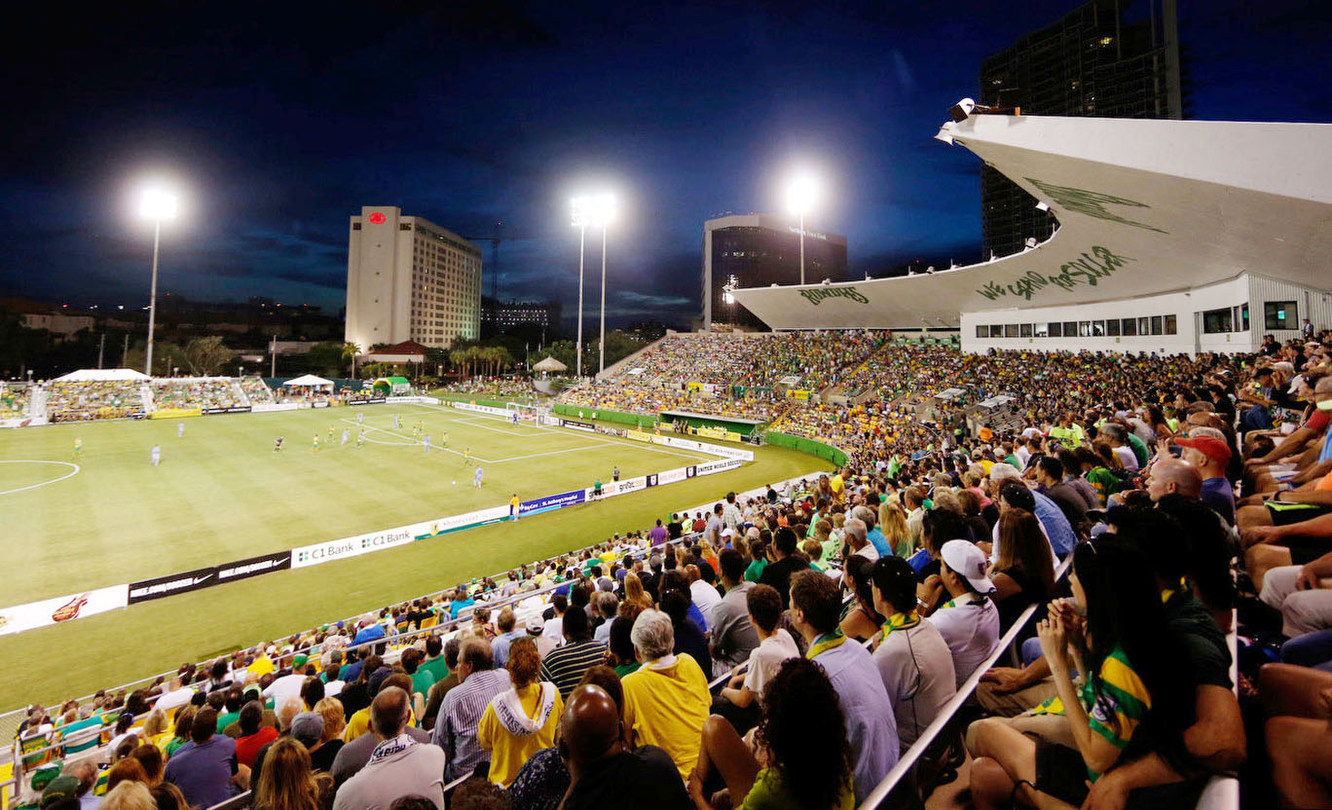 On Tuesday evening at 5:41 EST, DC United announced their 2016 Preseason Schedule.  The highlights were as follows:

If you cross reference these dates with the Philadelphia Union Spring Training Schedule, you find this overlap:

On January 5th, the Montreal Impact announced their Spring Training Schedule, with the following note:

The team will then be back at Olympic Stadium from February 7 to 14, before leaving again, but this time for the west coast of Florida, from February 15 to 28.  During the camp, the Impact will play exhibition games against teams from Major League Soccer and the North American Soccer League.

The Jacksonville Armada are already slated to play the Philadelphia Union on February 6th at Community First Park (Tickets Available Here), along with Orlando City (2/13 – 6pm – Tickets Available Here) and The New York Red Bulls (2/27 – 6pm – Tickets Available Here).  Clearwater, Florida happens to be the spring training home of the Philadelphia Phillies, and on February 10th 2015, the team played the Tampa Bay Rowdies in a friendly at the DiMaggio Sports Complex (TBR 1 – PHI 0).  They have also released an attractive Fan Package for traveling supporters and enthusiasts, that includes transportation from Clearwater to the proposed match, which directly implies that the match will not be played at the Spring Training facility, but will be within driving distance.

It is unclear whether the Tampa Bay Rowdies will play either or both the Montreal Impact and Philadelphia Union in exhibition matches, but considering the venue and availability of all teams involved, it is considered very likely.  Since the Impact have not announced any other matches, it is fair to assume that the NASL team in question would be Tampa Bay.  Based upon the previous year’s exhibition match, the Union may look to play the Rowdies again before their fan package kicks in on the 19th.  The most plausible scenario would be a pair of double-header events in downtown St. Petersburg.

Based upon these accounts, Al Lang would most likely host the following matches:

No details have yet been announced by the Rowdies front office.