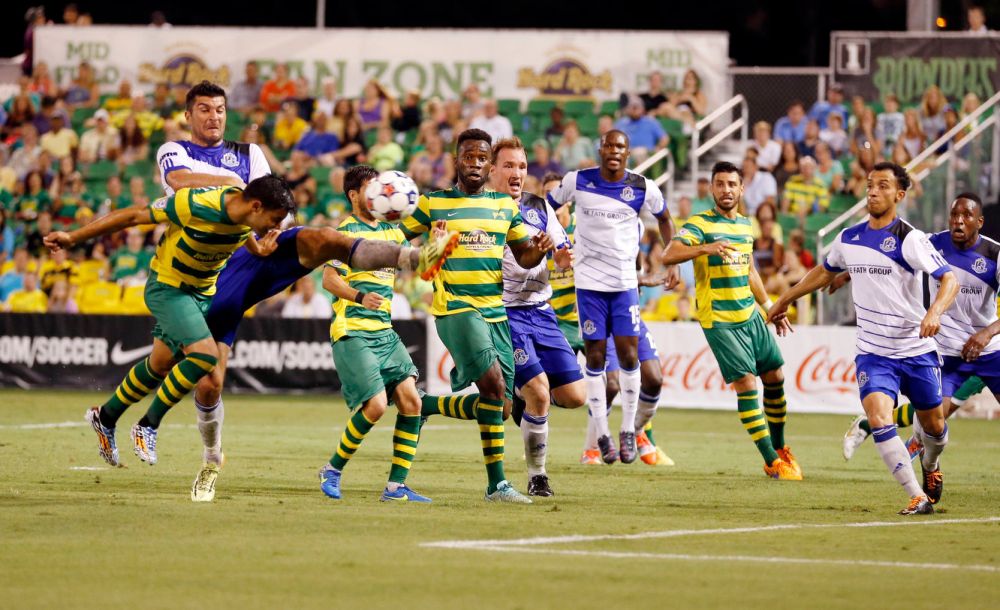 -FC Edmonton returns to Florida and looks to finish its three-game roadtrip strong in Tampa Bay. The Eddies are coming off consecutive draws against the Fort Lauderdale Strikers and, most recently, the San Antonio Scorpions this past Wednesday night where the Eddies clawed back to a 2-2 draw. Edmonton has certainly shown their resilience and tenacity in the last two away games, but can the Eddies keep the show rolling for one more road match and remain atop the Fall Season standings?

-The Rowdies look to recover from a shocking 3-0 loss to the San Antonio Scorpions last Saturday. Despite this, however, Tampa Bay remains the NASL combined table leaders. Expect a high-octane effort from the Rowdies at home. In other team news, Tampa Bay made a splash this week with the signing of the infamous Freddy Adu who was last seen playing for Finland team, KuPS.

In Their Last Meeting:

-In their last matchup during the Spring Season, the Rowdies came away with a 2-1 win against the Eddies. Despite only holding on to possession 41% of the time, Tampa Bay looked much more efficient and potent on the attack, keeping the FC Edmonton squad on its back heel.

-Sadi Jalali: The young, former FC Edmonton Academy product will most likely continue to be the focus of the Eddies’ attack in this matchup. Jalali made an immediate impact in the first two games of the season, procuring a late-game equalizer against the Fort Lauderdale Strikers last Saturday. While he was relatively quiet against the Scorpions this last Wednesday, expect him to make some more noise this time around.

-Corey Hertzog: Similar to Jalali for the Eddies, expect Hertzog to be the focal point of the attack for the Rowdies. The forward essentially created the own-goal on an unforced turnover against the Atlanta Silverbacks and also provided the game-winning assist in the Rowdies 2-1 victory over the Silverbacks in the first match of the season.

-Freddy Adu: Is the former US prodigy going to take the field in his first potential match with the Rowdies?

-That being said, I don’t expect Adu to lace up this game.

-A low scoring game. The Tampa Bay Rowdies are known for having a pretty solid defense. During the Spring Season, the team tied for 2nd in fewest goals allowed, and expect the backline to get their act together after the 3-0 loss against the San Antonio Scorpions. While FC Edmonton is the opposite and not known for their defense, they could possibly bunker down to at least earn another road point in order to continue the momentum from their great start to the Fall Season as they head home.

-Lack of aggression. A low scoring game can often be a result of bunkering tactics. As I have already made it known, I do not like these types of games. Fingers crossed I’m wrong on my first prediction, and both teams leave nothing left in the sack.